Future of On Demand Economy

On demand economy is a growing factor in the corporate world. It is getting more attention because of the quickest growth rate and specialized business options. Capitalists, economists, businessmen and companies are interested to make more expansion using the on demand platforms. It has been observed that majority of the leading firms and companies have shifted the business to new strategies using on demand economic reforms. Examples of on demand economic reforms include PayPal, UBER, JustEat and eBay. They have revolutionized the business models according to the modern trends with specialized features to fulfill the consumer’s demands. You can also increase the growth rate by using the specialized OD TAP business models.

On demand economy trends:
Massive funding and investments have been made by the people in this field. For example, UBER received a massive investment of $8.6 billion in 2016. On the other hand Airbnb received funding of $2.4 billion in the same year. Venture capitalists that ignored the scope and importance of on demand economy are now searching for investment options after seeing the huge profits. However, the graph of On demand economy stats is going down but it could be because of latest economic trends including the matter of UK with European Union.

Read Also: Why the On-Demand Services are in High Demand?

On demand economy growth rate:
The growth rate in on demand economy is very high. Initially, there were a few capitalists (not more than 20 people) ready to invest in this field. However, this number is increasing with the passage of time and it will cross 200 capitalists till the end of 2016. This trend clearly shows that more investors and capitalists are coming towards on demand economy and they are taking interest in it.
Firms and companies using OD TAP solutions have greater chances of quick business promotion. No doubt, there are several on demand challenges for the entrepreneurs and businessmen but it is very easy to handle them. You can increase the growth rate using the specialized OD TAP business models. This will give you a boom similar to Airbnb and UBER.

Economic reforms and strategies:
It is believed that on demand economy will bring reforms and revolutions. Above mentioned stats clearly show that a bubble is already present in the corporate world just because of the latest on demand economy approaches. Examples of UBER and Airbnb, JustEat, eBay, Amazon and PayPal are attractive for the people who want to try on demand economy. Getting in this new economic world is so simple. All you have to do is restructuring the business frame. Develop a new platform for your business and it will become your on demand platform. On the other hand, it is recommended to get On demand apps in order to speed up the corporate process.
The online delivery systems are working with the help of these apps containing different features such as quick access, instant payment and delivery. For example, you order a pizza from your home using Smartphone or a website and Food Company delivers it within 15 minutes. 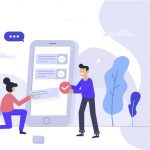 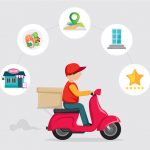