Giant Leaps of Food On-Demand Sector in US - Odtap The means of acquiring food are rapidly changing all around the world. Regardless of the amount of consumption, most consumers are turning to the ways of home-delivery. Since smartphones are becoming part and parcel of urban lifestyle, the apps intended to deliver food on-demand are exhibiting considerable success rate. The remarkable adoption rate of food on-demand business model indicates that restaurant and fast food owners are inclined towards food delivery business.

The statistics indicate strong trends towards acquiring on-demand food services. Research at Statista reveals that the number of third-party food delivery platforms is increasing at a substantial pace. It forecasts that the delivery service between platform and consumers worldwide will reach up to $544 billion in 2023 from current $290 billion.

However, these numbers also include the services rendered through telephone calls and website visits. Following data analysis considers the research and surveys from various credible sources. The aim of this analysis is to share deep insights into the industry of on demand food delivery in the US. It also mentions the figures for dine-in restaurant to make a comparison.

Apart from 300% faster growth, McKinsey in this 2016 research also unveiled that, out of 61 billion transactions, 3% involved orders from mobile apps. This percentage may appear ordinary, but the remarkable rate of growth ensures that the smartphone app orders will surpass the dine-in transactions in a decade time.

Concrete evidence of exponential growth is another survey from 2015. Prior to the McKinsey survey, Cowen & Co. in 2015 revealed a 380% increase in the number of downloads of food ordering mobile apps. This research made a comparison from the year 2013. Statista in November 2015 discovered 44% of consumers requesting food from apps at least once a month.

This astonishing percentage and the constant rate of its increase indicate that food on-demand may reach the same market value as dine-in industry in less than ten years. Three years down the road, there is a sizable increase in the number of apps. Besides, customers are familiar with the food app services which were not very common three years back.

The statistics from Forbes estimate that the worldwide on demand food delivery will reach $365 billion in 2030 if it grows at the projected amount of 20%. Bloomberg forecasts a 12% growth in the upcoming four years. Consequently, the industry will be valued at $76 billion at the end of 2022.

Traditional restaurants are going out of favor in attractive businesses in US.

Restaurant business was one of the favorite choices of entrepreneurs for decades in the US. Every new urban setting saw a rapid increase in the number of dine-in places.

With the advent of smartphones, the restaurant industry is flourishing even faster. The people who avoided traveling to restaurants have now a choice to order with few taps. They can also acquire fast food on-demand. The owners of many restaurants and fast food outlets are familiar with the on demand trends. While some of them are using their own apps but many of them rely on third-party delivery agents.

McKinsey’s 2016 statistics estimated the food delivery services industry valued at $83 billion. This figure was only one percent of the total collected value of fast food and restaurants. Statista forecasts that the restaurant to consumer food ordering through app will reach up to $1231 million by 2023 from current $758 million. The increased growth in restaurant and fast food industry owes to the facility of mobile apps.

Forbes estimates that the market value of food delivery system may reach $24 billion in US alone by 2023. Currently, it values around $17 billion.

The adoption of food on demand business model is becoming essential for restaurant owners. Since the revenue of home delivery is rapidly growing, many businesses are rearranging the space to address swift delivery services.

Bloomberg finds 7 percent increase in on demand food at Firehouse. Owing to this increase, the restaurant chain has redefined their business model. Now, it serves fewer dine-in tables. It uses excessive space to accommodate delivery through third-party platforms.

However, many food outlets failed to sustain the changing trends owing to the incapacity to offer on demand food. This mindset of sticking to the traditional restaurant model is resulting in stagnant or declining revenues of such businesses.

On Demand Food Consumer Demography in the US

The variation in ethnicity is not significant. However, the choice of on demand food menu varies substantially while studying the origins of consumers. Since mobile app companies deliver food from every nearby food outlet if one allows, the menu selection variation does not matter.

The difference of ages presents the steepest variation. Most orders, as shared by Statista, come from the age bracket between 25 to 34 years. This bracket accounting for 36% of the consumers is significantly ahead of second 18 to 24 years of bracket at 22%. These stats include telephone-based and online orders.

USA Today finds that orders placed by millennial for fast food on demand account for a total of 77% of the total home delivery orders. Thus, the apps are becoming the top choice for current and upcoming generations of consumers.

Socioeconomic differences also cause a considerable impact. An estimated 24% of consumers are their willingness to pay excessive money in return for faster delivery. This notable aspect stated by Morgan Stanley indicates that food on-demand industry can earn huge profits as quick delivery bonuses.

This analysis based on the surveys and research from top analytical bodies highlights the growth of food on-demand industry. Meanwhile, it also demonstrates massive opportunities for investors. The industry is rising by manifolds, but the growth of delivery platforms is slower to meet the demand. A small investment in this sector is highly likely to bring cosmic returns.

Contact us today to get your white label on-demand delivery app for food delivery business. 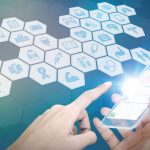 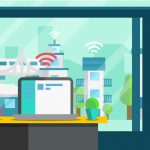