On demand economy has changed the entire corporate world. It is getting more and more attention because of the huge benefits for businessmen and customers. On demand economy has become more successful because of the huge interest of consumers. It seems that on demand economy will capture all the fields and sectors rapidly using specialized business models and they are benefiting from the OD TAP solutions. When talking about the on demand economy, we can’t forget the leading examples. RelayRides is a big on demand car rental service, providing rental car facilities to the customers. A few years ago, when RelayRides was launched by the Shelby Clark, it was very difficult to keep this company in market. Every startup faces problems in the markets. It takes time to stabilize the startups while getting profits. The RelayRides was launched before the UBER-X and Lyft.

Why RelayRides took more time?
Actually, Clark appeared in the on demand car rental startups with a unique idea which was difficult to accept for most of the capitalists. Clark presented an idea that car owners will give the keys of their new or old cars to the people (completely strangers). The on demand business models selected by the RelayRides were strange that’s why most of the venture capitalists refused the idea but there were some who liked this idea. Meanwhile, RelayRides faced a tough time to emerge and exit in the marketplace. Recent on demand economic trends supported the idea presented by the Clark. Today, the RelayRides is more famous among the on demand car rental companies and markets.
Read Also: 5 Top Technology Trends in Transportation and Logistics Industry.
Successful competition plans:
RelayRides made special plans to compete with car rental companies present in the market. This struggle was difficult but on demand economy growth enabled the company to get prominent results. Competition with Zipcar was a big example for the economic sector. It caused drastic financial losses to the Zipcar. This company was earning $1.2 billion but they reached to $500 million in 2013. Other companies existing in can rental marketplace also faced losses in the same year. RelayRides was hopeful to get more share of on demand can rental business. Competition with the leading car rental companies brought $280 million in the total revenue for RelayRides. After 2013, this company appeared as a most successful on demand car rentals in the world.

How it became Turo?
RelayRides turned Turo after winning the competition with leaders in the car rental sector. We have mentioned the name of Zipcar because it was the first on demand car rental company competed with it. On the other hand, it started to compete with UBER and Lyft after getting a stable position in the on demand market place. It is considered that this car rental company is no longer in economic crisis because it has shown big profits in annual revenues. Most of the businessmen and venture capitalists believe that RelayRides is using specialized business models. It changes the business plans and models with the passage of time according to the changing trends.
It is important to consider the activities of competitors in order to develop a strong policy for successful business. It is recommended to use the OD TAP consultancy for more support. On demand platform and economy has enabled the RelayRides to change its status. Today, it is known as Turo of this industry. It happened because of the specialized and successful business models and strategies. Are you interested to take a startup? It would be better to consider the consultancy firms and companies providing assistance to develop effective business models. You can use the OD TAP solutions in order to achieve the business goals and targets without any problem. Success of RelayRides is a big example for the new startups facing financial problems. There is no need to give up in any situation. You need to be positive and consistent. This will bring success closer and you will find a chance to be a legend just like RelayRides 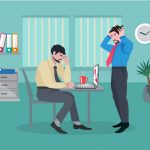 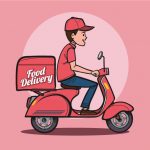 On Demand Food Delivery Platforms, Filling Up the Gap between Eateries and Food Lovers Ready to Launch an Online Gig Marketplace? LinkedIn Is Already In The Game!