Unlike the rising belief in some circles, on-demand healthcare is booming faster than ever before. One indication is the amount of funding that healthcare startups are attaining for the past couple of years. Many startups which launched in 2013 but failed to make immediate gains are also performing remarkably. On-demand economy is paying back healthcare business ideas more than any other on-demand industry except ride-hailing.

This article presents some of the healthcare startups that gathered impressive venture funding in the recent times. The aim of sharing this piece of information is to remind individuals passionate for entrepreneurship in healthcare that the industry today is thriving faster with on-demand technology than five years back.

These health and wellness business ideas are making some serious numbers.

The idea of delivering drugs at home appeared far-fetched in 2015 when NowRx was founded. The company delivers prescription at customer’s location when requested via on-demand app. Besides, the doctor can send the prescription directly to NowRx if a customer intends so. It ensures same day delivery.

The initial seed funding was insignificant to sustain this business. However, the company managed to acquire $3 million in another seed round in 2017. The year 2018 proved remarkable as the first Series A funding amassed $7 million besides $5.3 million in equity crowdfunding. By the end of last quarter in 2018, NowRx raised $17 million making it one of the most successful pharmacy related business ideas.

The uniqueness of any business idea is one of the chief factors that enhance its value proposition. Eaze started in 2014 with a rare idea with matchless growth prospects. There was rarely any other startup at the time which offered to connect medical cannabis on-demand dispensaries with users.

Despite the initial complications in regulations, the startup attracted $10 million in Series A funding after less than a year of its launch. The subsequent rounds of funding were impressive as well. In 2017, it raised $13 million and $27 million in Series B and venture funding, respectively. Eaze attained a total of over $52 million in funding since the beginning of its operations.

In the booming on-demand economy, veterinary clinics carry an amazing opportunity to cash. Pet owners find it challenging to carry pets to clinics. Vetted reversed this concept in 2015 and introduced on-demand pets clinic.

Soon after its launch, the company managed to gain impressive traction among the users and investors alike. The company is yet to run venture round. However, its seed funding was impressive with $3.3 million. The customer base is rising significantly because the vaccines and prescription cost up to 40 percent lesser than traditional vet clinics.

Online medical business took some time before grabbing the attention of investors. The delay was legitimate because consumers could not readily trust on-demand providers for health. Nevertheless, the industry remained successful in winning the trust.

Do you wish to realize one of your healthcare app ideas? Contact us today and share the idea so that our experts can take you ahead from there. 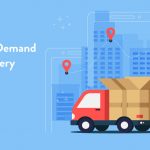 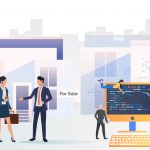