On-demand Services in US Attract more Investors in 2019 - Odtap

On-demand industry developed more unicorns in this decade than any other business model. The consumers adopted the idea very quickly because it enables them to access a range of services at their doorsteps instead of needing to travel to a physical location. On-demand services do not only save time but money as well.

The startups in this domain have been able to consistently acquire funding eliminating the scarcity of funds. Thus, the businesses are cost effective too.

This article lists some US based on-demand startups that have been able to generate funding in 2019 from investors in various rounds. The funding of these startups along with the ones not mentioned indicates that on-demand services apps will remain on top of investors’ targets in 2020 as well.

Fuel delivery is one of the business models that were discovered by on-demand service providers a bit later than other on-demand apps. Nevertheless, the response was overwhelming as consumers loved the service for its ability to facilitate without needing to travel extra miles for fuel stations.

Booster is one of the pioneers in on-demand fuel delivery businesses. The startup recently raised $56M in Series C round. Yoshi does not only share founding year with Booster but it is also one of its top competitors. Founded in 2015, Yoshi enjoys support from the likes of General Motors and ExxonMobil.

Although some similar businesses – Mobile Fuel for instance – predate Booster and Yoshi, yet Mobile Fuel did not offer scheduling through an on-demand app when it was founded in 2010.

Some of the other noteworthy competitors include Gas Anywhere, Zebra Fuel, Fuelster, and Filld. The massive funding in Series C round certainly puts Booster ahead of its competitors.

Marketplaces have come a long way to reach the current state where they address a wide industry vertical. Over the time the service providers have introduced P2P marketplaces besides the long existing B2C model.

Roadie was launched in 2014 to redefine delivery on-demand business by leveraging the power of crowdsourcing. Although on-demand parcel delivery services were already available, yet Roadie further refined this model by optimizing the operations through short-term gig workers.

The startup managed to raise an impressive $37M at the start of 2019 in its Series C round. Roadie’s biggest competitor Postmates also raised a massive $225M funding in September 2019 making the valuation well over $2B.

Apart from Postmates, Dolly and Grabr are the two most notable competitors. The latter also raised small funding estimated at around $1M in 2019 pushing the total money raised to over $15M. The business initially had to struggle due to regulations going against their intended crowdsourcing.

The regulators believed that the startup had to put more time in background checks of workers. However, Roadie managed to pass the regulatory complications and thus attracted more investment.

Many businesses in on-demand domain remain underexplored despite carrying massive potential. Auto repair sits among one such on-demand app ideas. Wrench, launched in 2015, is not the first startup to capitalize on this model but it was among the primary ones that that a decent sum in funding.

YourMechanic was launched three years earlier and operates in over 700 US cities today but it could only attract a considerable investment in 2016 and afterwards. Seattle based Wrench is a bit different from YourMechanic in that latter is a marketplace that connects vehicle and fleet owners with local mechanics.

Wrench has a number of other startups as well most of which emerged in the recent years. Spiffy was launched as an on demand car wash in 2014 and later introduced car repair services too. It raised $10M in June 2019.

RepairSmith being launched in 2018 is apparently quite recent but the support from Daimler AG would enable it to expand quickly in the upcoming years. The funding history of these startups indicate that auto repair on demand is one of the hottest business ideas today whose market is up for grabs.

Seattle is one of the world’s most attractive cities for startups. The business environment is very conducive that encourages entrepreneurs to choose the commercial hubs for workplaces.

However, the need for workspace varies for companies of different scales. Some beginner level startups may require only a small space for less than 5 individuals. Other may want as big as entire floors in buildings. Consequently some startups end up paying for unnecessary space while others fail to find a space on budget.

Flexe, launched in 2013, addresses this problem by offering a marketplace that connects organizations needing space for workplace with the ones having space to share. Flexe raised $43M in a Series B funding round in May 2019.

This business model can work in other cities of the US as well because over a 100 cities are demonstrating impressive potential for extraordinary business activity.

The modes of last-mile delivery are changing in the wake of growing urban congestion and need for same-hour delivery. Mini drones are proving highly successful for their ability to deliver parcel in four times lesser duration on average than bike and cars.

Volans-I was introduced to San Francisco on-demand delivery market in 2015. Apart from ground based competitors, Flirtey is the only notable drone delivery competitor. Although the launched of Flirtey precedes Volans-I by two years, yet the market is wide open for new on-demand service providers due to excessive and growing demand.

Volans-I raised $20M in early stage Series A venture funding. Investors highly encourage entrepreneurs offering such a drone delivery startup because the lack of competition at this stage would allow businesses to penetrate deeper and access major market share.

One does not necessarily need to invest in most frequent businesses. Investors are also searching for creative ideas provided the ideas have the potential to address a widespread problem.

Papa is an on-demand service that connects seniors with college students. The students assist seniors in completing their day to day activity. The Miami based startup was launched in 2016 considering the huge potential amid aging population in the US.

The reception was not the welcoming as the service was first of its type. However, Papa successfully attained seed funding after an initial hesitancy. The startup recently raised $10M in the closing round of Series A funding. With this funding, the founders announced to expand into 25 US states by the end of 2020.

On-demand home services account for the most attractive on-demand mobile applications after ride-hailing and food delivery considering the amount of investment and number of startups emerging annually.

Homee provides on-demand services through registered gig workers as well as the option for independent service providers to utilize this platform for pitching their business. The startup operating round the clock claims to reach customers’ destination in 30 minutes or less.

Homee raised $15M in August 2019 to conclude Series B funding. The Forida based business has raised a total of around $30M since its launch in 2016.

Many startups offering on-demand home services marketplace including Handy, Porch, and Serviz predate Homee by several years. Nevertheless, this startup still managed to get a substantial amount of funding. The market for home services is immensely large that even the arrival of a number of startups would not fulfill the demand.

Delivery on-demand businesses are around for almost a decade now. Multiple variants of delivery services have emerged over the time with drone based delivery, food delivery, and medicine delivery are the most frequently occurring ones.

One unexplored yet effective idea is to provide on-demand moving services. Statistics from 2018 reveal that around 10.1% of the total US population move each year. This percentage amounts to more than 32 million. Thus, moving businesses have the potential to raise an entire separate on-demand industry.

Dolly was launched in 2013 to address the challenge of moving bulky items while families moved to different houses. It also delivers furniture items from retailer to customers’ location. This business is also effective because around 85% of people move into the same state while rest of the 15% to a different state. Therefore, Dolly finds on-demand workers easily.

The Seattle based startup raised $7.5M in Series B funding. Dolly aims to expand into entire West Coast before making penetration toward central regions.

A year before the launch of Zum, Shuddle was introduced with an informal label of “rideshare for kids”. The startup managed to raise more than $12M across two funding rounds because the business model was unique with no competitors at the time.

However, Shuddle failed to generate more funding for lacking the potential to drive revenues. It eventually closed in 2016. Zum also boasted an identical business model but it showed the creativity by offering niche specific services. For instance, it offers pick and drop services for students apart from transporting kids on demand.

The success of Zum since its launch in 2014 encouraged many entrepreneurs to introduce similar services including HopSkipDrive, Kango, and Carpool-Kids. The potential of rideshare for kids is huge provided the entrepreneurs identify and address the needs appropriately.

These are only a fraction of on-demand businesses getting funding

Dozens of on-demand startups in the US continue to get funding at different stages. Apart from the business models mentioned in these case studies, car rental, auto insurance, food delivery, real estate, medicine delivery, beauty services, construction, and mHealth are the notable sectors where on-demand businesses are flourishing.

ODTap is the technology provider for on-demand services startups in nine distinct industries. Customers rebrand our platform as per their business requirements. The platform includes native iOS and Android apps for customers and service delivery agents. It also includes admin panel for administrative tasks and business analytics.

We can assist you in nurturing the business idea, making the appropriate business plan, and customizing the on-demand platform. Contact us today to get started. 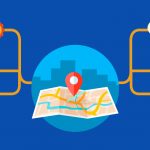