Investment in mobile application development to provide on-demand services is, unarguably, the best decision for entrepreneurs in the current era. Global on-demand health statistics reveal that businesses with the highest growth rates in the past five years were originated by providing an on-demand solution to consumers.

This reason for such growth is the provision of alternatives to traditional ways to offer routine services. For instance, the owner of ride-hailing app Uber sensed the need for an application which would facilitate the commuters. Hundreds of thousands of applications are created since then, and some of them have managed to make a significant impact.

The business aspirants also developed mobile doctor software for online health services. Some of these apps attracted more than a million downloaders.

However, many of them also failed to inspire consumers for a range of reasons. Following are some of the most frequent causes of failure.

Contrastingly, the entrepreneurs and developers of successful mobile applications ensured to prevent these failure causes. Considering the failure factors and assessing the reasons for success, the aspirant entrepreneurs should provide that their medical diagnosis app offers following features.

An entrepreneur with an innovative idea for on-demand medical service would most likely fail to gain consumer trust if the application malfunctions to deliver what it promises. In such circumstances, the ambitious investor would not only lose the money but the idea as well because someone else will implement it.

Despite the intense competition, a practical application will pave its way to the top outperforming the established businesses. Currently, there is a severe lack of productive medical mobile based applications. Thus, the investment will generate a significant and quick return on investment provided the application does not choke to deliver the promised features.

The software should efficiently use the mobile processor to run in an uninterrupted manner. The application should not halt the rest of the undergoing operations on the device. There should be a decent mechanism for storing, retrieval and modification of data.

Besides, the software should deliver highest performance level irrespective of the mobile device or the underlying platform.

The developers should be mindful that the application will require integration of additional functionalities in the future. The utilization of a flexible framework ensures that the software is not very rigid to disallow integration of components after the initial release.

Apart from features, the space management becomes a problem for inefficient databases as the number of application users grows. Faulty software would slow down the performance of mobile. Thus, the software should allow easy modification in software and the associated storage system.

The past decade has seen a staggering rate of increase in data breaches. The health industry is one of the prime victims. Patients and their kin are cautious to fill lengthy online forms which seek personal information. Any violation does not only affect the business but spoils the reputation of the businessmen as well.

Nevertheless, entrepreneurs keep on winning the trust of consumers by keeping intact the integrity and confidentiality of users. The fact – billions of people use mobile applications which acquire users’ personal information – presents core evidence. Retaining this trust is tough once companies lose it.

Consumers are usually non-technical users who barely understand the software architecture. It is frequent for a customer to lose data while changing mobile devices or accidentally deleting it.

Top applications incorporate cloud-based services so that the data can be recovered in the event of an accidental loss. Cloud platform keeps backup of data on remote servers so that users may access it regardless of the device they use.

Data recovery option is a must for mobile doctor apps because the online doctors cannot diagnose the problem and generate a corresponding prescription if they do not have a history of patients’ past treatment. Cloud-based backup also provides various teams to read and modify same data set while operating from different geographical locations.

Many developers fail to foresee the absence of familiarity with using complicated software among users. Health services mobile app user would most likely be a layman who barely keeps technical know-how of complex applications. A system that is difficult to operate would immediately demotivate the user and prompt him/her to place negative review besides deleting it.

The user interface should be simple enough to enable an illiterate customer to use it easily. It should also feature excellent visualization and immaculate navigation. The application should capacitate the user to reach the intended objective comfortably.

The competition among rivals depicts significant results when one of the competitors offers a feature that is unavailable to users of rivaling applications. The feature should be sufficiently remarkable to label the phenomenon of integration as evolution. The system is able to evolve only when rest of the above-mentioned performance features are fulfilled.

Finally, the space consumed by application is one of the decisions making parameters for the consumers. Most of the users prefer to download apps which take a lesser amount of space. Efficient utilization of memory enables users to acquire health services in compact but comprehensive software.

Business for mobile application development industry in general and medical and health services mobile application, in particular, is far from being saturated. In fact, the requirement is exponentially growing as more consumers are seeking on-demand services.

Any entrepreneur can reduce this gap between consumer demand and industrial health supply by introducing an efficiently working on-demand mobile application. The service would not only serve as a constant source of massive and growing income but would build the reputation of business owner as well.

You are only a few steps away from owning an effective app for health and medicine prescription. Contact us today to enable our expert team to serve you in development and maintenance of your dream business. 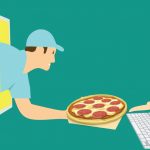 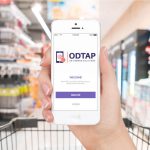