To count the least, more than 20 industries exist where route optimization software is making irreversible penetration. The reasons are obvious – businesses and customers have less time and more tasks to perform.

Besides saving time, routing applications enable owners to save a significant amount of costs otherwise allocated on workforce.

On-demand taxi industry, delivery and logistics services, and home services are among the primary stakeholders of route software.

Two decades back, incorporating software systems was only a choice. Large-scale businesses with sizable revenue could afford such systems. Today, technology is a compulsion rather than an option regardless of the scale of your business.

Following are some of the factors which make courier route optimization software essential in any business involving transportation.

The cost of transporting goods in bulk from overseas is reasonable. However, the problem arises in last mile delivery – the eventual destination at retail stores. Last mile accounts for 28% of the total cost of transportation.

E-commerce stores also have to deliver the goods to end-users. There are frequently occurring cases when customers order home delivery of products from various parts of a city.

Same-day Delivery and Beyond

It would be unwise to deliver a food parcel hours after placing of order. Thus, businesses are moving ahead of same-day delivery. Now, the same hour delivery is taking its place.

The businesses ignoring same-hour delivery are also neglecting the intensity of competition. One has to remain ahead of competitors instead of trailing them.

Optimization software allows companies to find the most suitable route to destination. This selection of route is based on multiple aspects which are discussed later in the text.

Increasing traffic and covered spaces in urban areas cause a great deal of trouble to taxi companies, logistics, and other on-demand agents. Operating in such densely populated areas is becoming highly inefficient in terms of costs.

Businesses are searching for ways that can assist them in avoiding urban congestion. A useful route optimization app can also help with finding the path with least traffic while also considering distance.

The absence of effective task scheduling technology often results in miserable efficacy of operations. For instance, two agents traveling to the same area to deliver separate parcels could have used same vehicle.

Besides, they could also connect with each other to exchange parcel at a mutually agreed point of meeting.

Considering the above challenges, following are some of the abilities that transporters should ensure before acquiring the software system.

Routing software should have the ability to calculate distance between any two locations on earth precisely. This precision allows companies to estimate costs and allocate budget for various tasks accordingly.

The knowledge of costs is essential because businesses often fail to grow due to invisible expenses. The services like Google Maps and Waze among others provide the developers with amazing calculation ability.

Getting stuck in traffic is the last thing one would desire – may it be your customer or vehicle driver. Fortunately, contemporary technologies are capable of preventing such a problem to a considerable degree.

An efficiently-built application enables the drivers to assess traffic volume on various roads. Routing app shares the traffic data in real-time allowing drivers to plan ahead of their trip.

The criteria for sharing recommendation in apps depend on the embedded map functionality. If an app integrates Google Map, the route suggestion involves real-time traffic and historical data. The latter is the average time duration for commuters while traveling a road at a specified time.

Apart from estimating the traffic volume, route recommendation apps also signal road closures. Google Maps software is able to estimate it because it has data from millions of vehicles.

At the start of this decade, many activists raised concern regarding data privacy. Nevertheless, Google and some independent inspectors assure that the company keeps data anonymous. Besides, they also allow users to stop share data.

There are various ways for these systems to conclude about blockades and bottlenecks. These smart apps predict closure if they stop receiving location data from a road that is often traversed.

This estimation – often referred to as ETA, is the result of the measurement of traffic volume and distance. There are other aspects as well which affect the estimation including bottlenecks due to a part of road under construction.

This feature remains no less than a blessing for on-demand companies. It will not be an overstatement to call ETA as the most crucial feature in route suggestion apps.

Delivery route optimization software should navigate the drivers in real-time. The top applications for dynamic maps offer this ability.

Apart from navigation, they should also enable administrators and service seekers to find the location of drivers in real-time.

Although customers do not need to know about drivers’ location as much as the other way round, yet the state of competition indicates that it would be a poor choice not to offer driver tracking.

The industries are becoming increasingly dependent on AI-based software systems. One indication is the route optimization software market. Allied Market Research reveals that this market is growing at an impressive CAGR of 18.6%.

ODTap is a leading platform that develops software for on-demand industries. Route optimization feature is already integrated into our platform. You can use this platform in over 20 industries.

Contact us today to get the demo of our system. 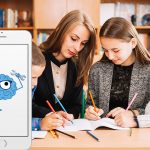