The physicists might still be struggling to determine the boundaries of universe but the business analysts are certain about the infinity of on-demand universe. The transformation in business management over the years in this era of smart technologies managed to bring many remarkable outcomes. One of the most significant results is the introduction and accomplishments of on-demand platform. This platform is not only a replacement of traditional services but also an alternative to some digital systems.

What is on-Demand Platform?

Every industrial revolution originates from consumer needs. The digital revolution set-in few decades back because the prior computation methods took very long time. The fifth and currently undergoing revolution addressed the problem of maintaining multiple digital devices for various services.

The on-demand service platform serves the smartphone users by assisting them in achieving usual tasks in an efficient manner. To understand this concept, observe how consumers are shifting to new ways of acquiring routine services. A couple of decades back, one would walk up to the taxi stands to seek cab services. Now, the taxi reaches up to the customer’s location.

Similar is the case with home chores. Why would a person seeking laundry services would travel to the service provider when the agent offers to pick the laundry items from customer’s place. The only sane response is the lack of familiarity with on-demand services.

The on-demand mobile apps users are the principal beneficiaries of smart revolution. The developers are building apps since the advent of smartphones but on-demand apps started to create impact at the beginning of the current decade unravel.

The services do not confine the consumers to commuting or routine chores. In the recent years, the e-commerce industry has seen a paradigm-shift by transforming the business from websites to mobile apps. The on-demand platform is an unbounded universe and each industry associated with it is expanding at exponential rates.

Although a considerable percentage of people are still using conventional services for multiple reasons, yet the rate of adopting on-demand services is very high. Research at Harvard Business Review reveals 22.4 million consumers are annually turning to adopt on-demand services.

This research depicts results from single year. The rate is increasing at a cosmic pace. With the same rate, over 90% of consumers in developed countries will be using smart apps for majority of their routine activities instead of traditional platforms in the next five years.

However, the rate of increase in smart businesses is unable to meet the humungous demand. Although startups are establishing and growing at a decent pace but they requirement is too high that the industry is far from reaching point of saturation. These statistics imply that the on-demand sector keeps boundless potential. As long as the population is growing – which is unlikely to cease in forthcoming decades – the need of smart apps will be swelling.

Besides numbers, another indicator of on-demand platform success is the creation of new jobs despite massive disruption of traditional industries. World Economic Forum forecasts that the 10 emerging roles in technology will be creating 133 million new jobs over the upcoming four years. The number of declining roles at 75 million is far lesser.

The top roles including data scientists, Machine Learning Specialists and app developers are associated with the on-demand industry. These roles might not have emerged in the current proportion if smart revolution –and, consequently, on-demand sector – did not grow.

The aspirants intending to push boots on the ground of on-demand space should ensure the achievement of following checklist. For reference, brief case study of Uber is presented.

Many companies enable the entrepreneurs with no or little app development background to build an app with on-demand app clone. The entrepreneurs can customize such a clone as per their business needs. This ability is far better than building a stand-alone application because a platform provides flexibility to integrate and expand the services with time.

A platform also capacitates the developers to build customization with minimal costs since basic functions are already available. Thus, such platforms facilitate the investors as well as the application users.

Looking for the Perfect Launchpad?

Up to this point, the readers may well be familiarized with on-demand platform, its significance, and essential components. However, only the highly enthusiastic ones would take one step ahead to use the most appropriate platform for their projected apps. These fewer ones are choosing the right direction because rarely a business model keeps such a potential to ensure as gigantic return on investment as the on-demand platform.

You are among the wise ones too. Contact us today to get going. 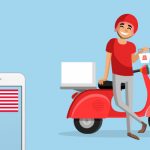 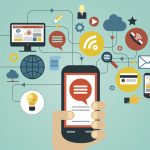