On-demand services are all set to become profitable after years of subsidies. Many analysts compare on-demand economy with dotcom bubble. While it is true that the dotcom bubble burst caused uncertainty and eventually turned into recession, on-demand economy features undeniable differences which push investors to keep investing in this sector.

Most of the tough period is over. The upcoming decade is set to witness a remarkable turnaround with on-demand gig economy returning massive profits to investors. Before diving into the factors which indicate sustainability, it is advisable to look at the contemporary challenges posed to this economic model.

Despite making incredible gains in a decade-long period, most of the businesses operating in on-demand industry are still unable to attain profits. The reason is the excessive cost of operations. Although these businesses are generating enormous revenues which are growing every year, yet the cost is much higher than current revenues. Following stats indicate the amount of losses that Uber and Lyft incurred between 2014 and 2018. These consistent losses were sufficient to discourage public from buying stocks. Consequently, both startup-turned public companies generated ordinary IPOs. Apart from these ride-hailing pioneers, other on-demand services are also running into losses due to high subsidies and marketing. Postmates, Grubhub, DoorDash, among others are notable examples.

Each of these on-demand startups are meeting the costs with seed and venture funding. According to Crunchbase, Uber raised $24 billion in 22 funding rounds to date. Despite in operation for over a decade, Uber shows no signs of sustainable profits.

Another challenge for on-demand economy is the regulatory problems. The governments around the world are showing flexibility to on-demand industry. This flexibility aims at allowing the industry to attain sustainability.

The losses are apparently huge indeed. What is then encouraging investors to put massive money on funding on-demand startups? Every wise investor understands how technology is going to shift the business landscape in a decade. The investment of today is going to return them significantly in less than a decade from now.

There are multiple reasons to believe the on-demand startups are going to become sustainable by 2025. Following are some of the undeniable reasons.

Official statistics confirm that some of the models of electric vehicles are attaining up to 90% conversion rate. In sharp contrast, combustion engine can convert only 20% to 30% on average. The maintenance cost of thermal vehicles is also more than electric counterparts by manifolds. Moreover, the price of crude oil is increasing too owing to the exhausting resources. The cost of EV charging will only drop because electricity generation is transitioning to renewable resources.

The International Council on Clean Transportation (ICCT) reports that Uber and Lyft each have less than 0.2% electric vehicles in their fleet. Rests of the 98.8% of vehicles are costing more in terms of fuel price, conversion, and maintenance. Nevertheless, startups providing on-demand service platform are rapidly shifting to EVs since the start of this year. Uber launched EV pilot program in nine North American cities. The ride-hailing giant aims to turn 100% electric in London by 2025.

The trends forecast that more than 85% of consumers in the US will be using on-demand services by 2030. Thus, the demand of these services will keep growing despite the introduction of dozens of startups.

The thrill around self-driving cars was mounting for three decades. However, the manufacturers were unable to attain any significant breakthrough in the initial two decades. Fortunately, past few years depict impressive gains in development of level 5 autonomous vehicles – the de facto standard referring to fully autonomous car.

Self-driving cars can minimize operational costs up to a remarkable extent. The ride-hailing companies would no longer require drivers. Uber along with some other companies are testing autonomous cars for years. Waymo already introduced the ride-hailing in self-driving cars in 2018. Although drivers currently remain in Waymo cars for intervening in an unwanted situation, yet the company aims to go driver free in two years.

Uber, Lyft, and all notable ride-hailing service providers keep at most 30% commission on each ride. Rest of the money is divided among drivers and vehicle owners. Autonomous cars will ensure that ride-hailing startups keep 100% income.

Apart from end-users, on-demand services are also vital for businesses. For instance, restaurant and fast food industry is rapidly growing collaboration with on-demand providers to reduce cost of delivery. McDonald’s is in partnership with Uber Eats while KFC and DoorDash work together for delivery services. These fast food giants fund their on-demand partners heavily to ensure seamless delivery services.

Such partnerships are visible in scores of other industries as well besides food industry. Walmart partnered with four on-demand delivery startups including Roadie, Point Pickup, and Skipcart to ensure cost-effective and timely delivery services. IKEA collaborates with GoGoVan in Asia for furniture delivery.

One painful problem with on-demand industry is the cost of delivery. Consumers place delivery orders from various parts of a region, making it challenging for providers to ensure cost-effectiveness, last-mile, and same-hour delivery simultaneously. This is where mini drones are going to be revolutionary.

The delivery using drones prevent delays and excessive fuel costs. Apart from shortened distance between pickup and drop off locations, drones also ensure less per mile cost. Although any large-scale operations using drones is currently impractical for absence of regulatory framework, yet businesses forecast breakthroughs in the next couple of years. Some startups including Flytrex already offer drone-based delivery services.

These factors provide sufficient evidence that on-demand economy will be sustainable by 2025. Contact us so that we can develop the next successful on-demand startup together. 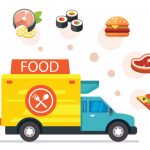 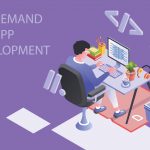